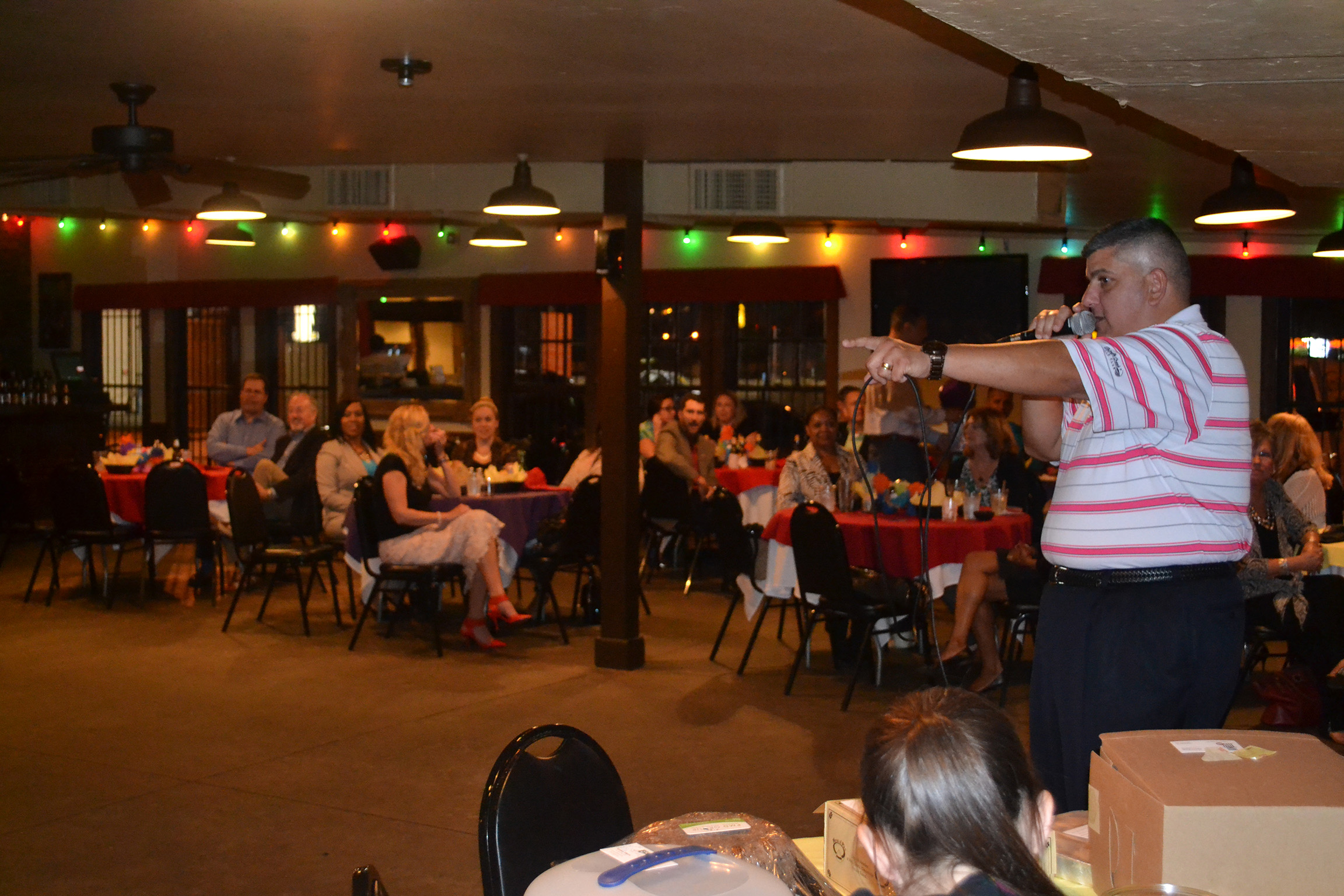 Houston, Texas, November 19, 2014- The Houston Chapter of Credit Unions know the recipe for raising money for their Political Action Committee; have a cake auction! The Houston Chapter recently held its annual cake auction on October 21st, 2014 to benefit TCCUL PAC, and total dollars raised came to $10,000- an amount which surpassed last year’s proceeds by nearly $2,500. More than 30 cakes, pies, and cookies were donated to the event by credit unions and local business partners. A single cheesecake from retired Cy-Fair Credit Union CEO Debbie Blackshear, whose cheesecakes are famous statewide, sold for more than $2,800.

Cornerstone Credit Union League officers Mike Delker and Gretchen Ziegler also attended the event. “The Houston chapter has consistently shown their commitment and support of TCCUL PAC through events such as this and the ever-popular World’s Finest Candy sales, our thanks and gratitude goes out to all who participated in such a fun and successful evening,” said Ziegler.

To learn more about credit unions or to locate one in the Houston area, visit www.HoustonCreditUnions.org.